Half of Pawnee comes down with the flu. Funniest moments include April being the patient from hell to Ann and Andy’s immortal line: “I typed your symptoms into the computer and it says you could have network connectivity problems.” 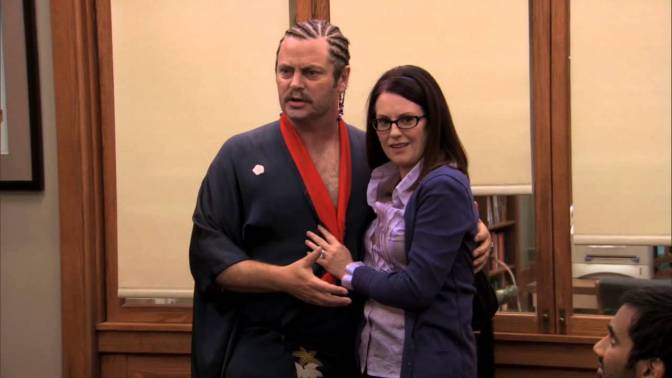 Tammy Two returns – and things get even crazier than the last time. As with last season, Megan Mullallly is brilliant as Tammy and it’s priceless to see Ron so out of character. This time, the highlight has to be him with cornrows! 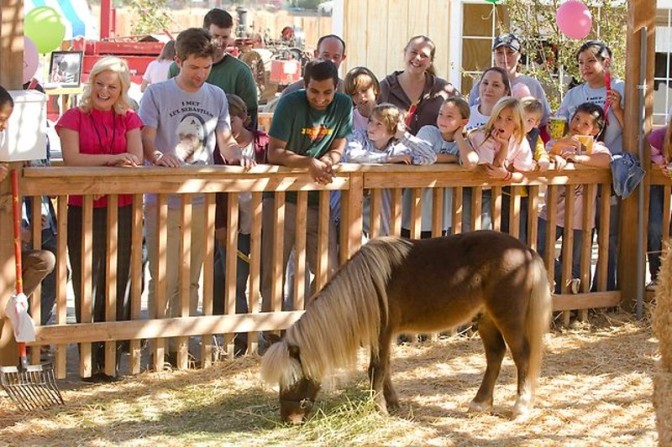 ‘Harvest Festival’ wraps up the storyline of the first half of season 3, as Leslie’s big festival to safe the Parks Department goes ahead. The best bits include Andy and April saying awesomesauce and the debut of the one and only L’il Sebastian. 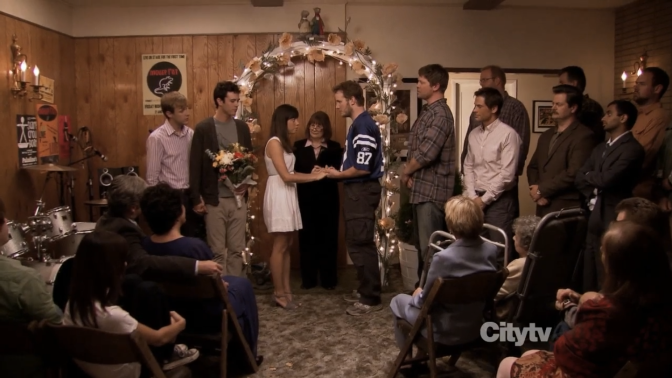 After just a month of going out, Andy and April gather their friends together… for THEIR WEDDING! It’s a delight to watch these two crazy kids getting hitched. This also sets up a P&R trend for shotgun marriages (see Leslie and Ben and Ron and Diane). 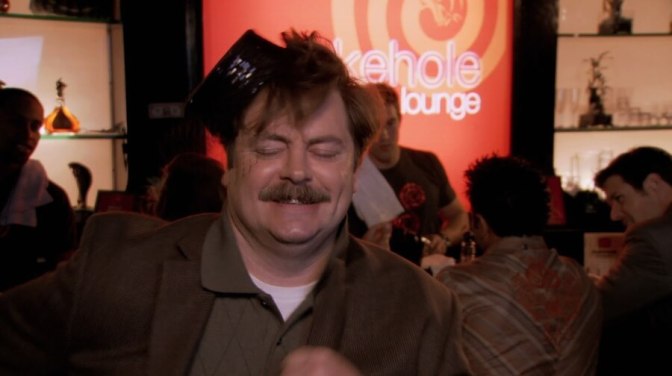 The gang go on a night out at the Snakehole Lounge and get plastered on Tom’s experimental Snakejuice. It’s hilarious to see the cast do their drunk acting. It’s notable for seeing Ann joining City Hall and for pairing Bert Macklin up with Janet Snakehole, April’s rich widow alter ego.