So, everyone who hasn’t seen the movie has gone, yes? OK, here goes…

From Loki’s demise to Peter Parker’s farewell, Avengers: Infinity War is one long punch to the gut. Seeing these characters that we have come to love over the past decade turning to dust is truly heart-wrenching. It’s like if Woody, Buzz and co actually did end up in that furnace in Toy Story 3. Loki, Heimdall, T’Challa, Bucky, Sam, Groot, Wanda, Vision, Peter Q., Drax, Mantis, Strange, Peter P… Rest in pieces.

Once you’ve dried your tears… and cried again… and then stopped again, it’s worth paying attention to the heroes that are left alive at the end of the movie. Not counting Rocket, Nebula and the Wakandan Okoye and M’Baku, the Avengers still standing are the original line-up of the team – minus Hawkeye. It looks like Avengers 4 will go back to basics and focus on the heroes that started it all. 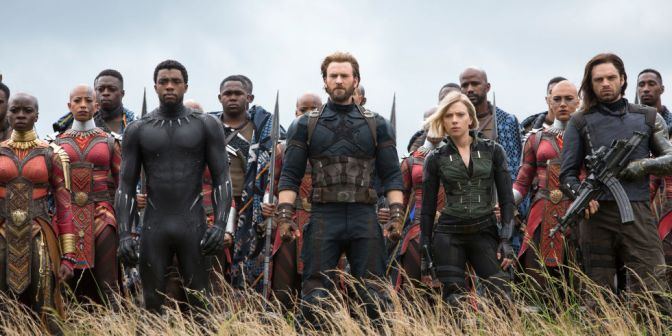 But, of course, we know that we haven’t seen the last of the likes of Black Panther, Spider-Man and Doctor Strange. So how could they come back? Well, the Infinity Gauntlet looked wrecked after Thanos’ finger-snap of doom, so using that to reverse the move doesn’t seem to be an option. Nevertheless, one hero seemed to have a plan. Strange must have given Thanos the Time Stone in order to play out the timeline in which the Avengers won (which he had peaked at earlier on in the film). It’s a shame he’s dead so he can’t tell the rest of the heroes what to do.

Then there’s the post-credits scene to consider. Though we don’t get to meet Brie Larson’s Captain Marvel just yet, poor Nick Fury manages to send Carol Danvers an S.O.S. before she dies. What sort of role will she play in Avengers 4? Comic book readers will know that she has quite the power set so she could be extremely useful in turning the tables on Thanos. And, when we leave them at the end of Avengers: Infinity War, our heroes could use all the help they can get.

What are your thoughts on Avengers: Infinity War? Leave a comment below!