Here’s our first look at Zachary Levi as the kid-turned-superhero Shazam! in DC’s upcoming movie…

EW unveiled the image which promises the most light-hearted, fun DC movie to date. It features Levi in costume as Shazam, who is really teenager Billy Batson until he says the titular magic word, alongside Billy’s best pal, Freddie Freeman (Jack Dylan Grazer). 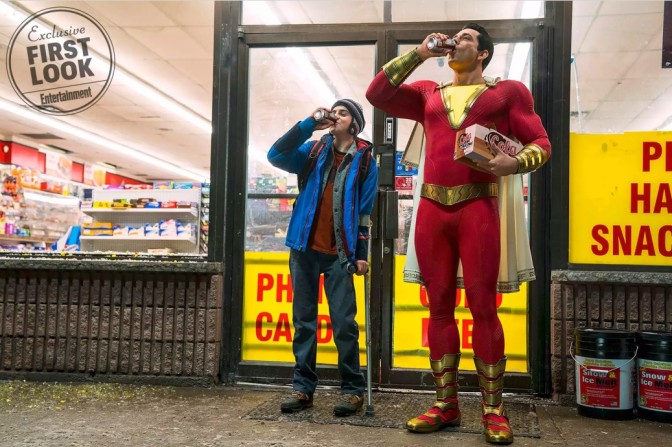 Shazam also stars Asher Angel as Levi’s alter ego Billy. Mark Strong is set to star as the villainous Dr Sivana. It’s due to fly into cinemas on April 5th 2019.

Are you a fan of Shazam’s costume? Have your say in the comments!