No one talks about these movies starring caped crusaders anymore. Here’s why you should give them a go…

Anybody who’s a fan of the original Spider-Man trilogy should watch director Sam Raimi’s earlier contribution to the superhero genre. It features none other than Liam Neeson as as a vigilante who’s disfigured by the mob. It’s a much more violent, gothic film that Raimi’s Spider-Man – and it is no where near as consistent – but there are hints at greatness.

Both Hellboy films that have been swept under the carpet of superhero cinema should be checked out – but I think the sequel is the much stronger film. Visionary director Guillermo Del Toro is one of my favourites and his love of fairy tales and horror films make for a thrilling and engrossing film about Ron Perlman’s anti-heroic demon.

It’s a shame that so many low-grade animated films get endless sequels while the surprisingly good Megamind never did. It sees Will Ferrell as supervillain Megamind as he finally defeats his arch-nemesis Metro Man – but what does he do now he’s fulfilled his life’s goal? You should give this one a go as it is an often hilarious spin on the Superman mythos, with a great voice cast.

As the above image makes clear, this is a very Disney take on superheroes, but it sports a fun premise and a good sense of humour. It sees the son of the world’s greatest heroes attending a high school for superpowered folk – the only problem is he doesn’t have any powers. The cast is also littered with superhero movie/TV stars (notice a young The Flash actress on the far right?). 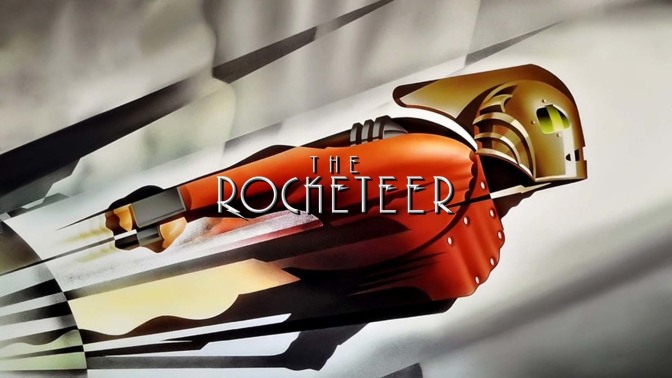 Released back in 1991, The Rocketeer is just a footnote in the history of superhero movies now – which is a great shame as it is an endearingly good-natured throwback to classic Hollywood adventure films, much in the same way as Indiana Jones. Plus it features James Bond himself, Timothy Dalton, as the villain. And just look at the gorgeous poster above?

Sssmokin’! The Mask was one of Jim Carrey’s biggest films back in the 1990s, but no one seems to remember it anymore. They really should as it is actually just as funny as it was when you were a kid (and there’s probably more risque humour than you remember, too) with Carrey at the top of his game. Plus, just about every line is a cracker. “Somebody stop me!”

The ultimate realistic take on the superhero genre, this taut thriller from The Sixth Sense director M Night Shyamalan stars Bruce Willis as a man who befriends Samuel L Jackson’s comic book nerd and realises he might have superpowers. It’s a very slow-burning watch but if that doesn’t bother you it is well worth a viewing.