Why so serious? Lighten up with the next stop in our Batman retrospective – the one, the only The Dark Knight…

Synopsis: Batman forms a pact with Jim Gordon and Gotham’s “white knight” Harvey Dent to clear up Gotham once and for all. But the city ends up facing its darkest hour yet when an enigmatic terrorist calling himself “the Joker” causes widespread chaos.

Star Turns: Do you need to ask? As with all the best supervillains, Heath Ledger’s Joker owns the movie. Goodness knows how Ledger got into that headspace, but his commitment to the role results in a genuinely disturbing character who you can’t take your eyes off. Kudos to the scriptwork too – just about every line he says is a classic. Oh, I also really like Aaron Eckhart’s Two-Face (the character is the second best Batman villain in my book).

Best Scene: It might be an obvious one (or not actually, as it doesn’t feature Ledger), but the film’s final scene is a terrific encapsulation of what makes Batman so brilliant – his utter selflessness and commitment to the welfare of his city. Rather than let Gotham know that its hero Harvey Dent went insane, Bats takes the blame for Harvey’s crimes. He’s not the hero Gotham deserves… oh, you know how it goes.

Verdict: What more can be said about arguably the most fervently acclaimed superhero movie of all time? Named the third greatest film ever made on IMDB, The Dark Knight is generally considered to be tantamount to perfect. If I’m being perfectly honest, though, it is a film I personally very much admire rather than outright love. There’s a lot of great stuff on show, for sure, but it’s not exactly Batman to me. A technically brilliant film? Absolutely! The best movie of Batman and his world? I would not say so. But that’s just me.

Holy fascinating trivia, Batman! The original plan was to stretch out the Two-Face story across two movies. At the end of the original draft of The Dark Knight, the Joker would have scarred Dent during his trial (as per the comics), with Harvey finally becoming a villain in the second part. 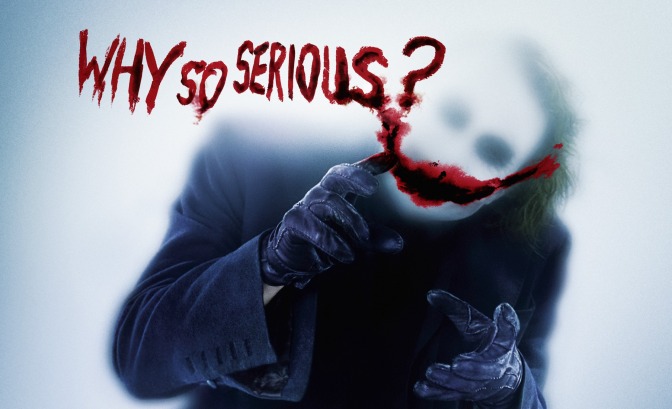