We’ve already looked at the evolution of her Mistah J, but now it’s time for a lookback at the history of the Clown Princess of Crime herself – Harley Quinn…

Created by Paul Dini and Bruce Timm, Harley Quinn was created for the acclaimed 1990s show Batman: The Animated Series. Arleen Sorkin defined the character’s high-pitched New York vocals and would play the role for years to come until she retired from acting in 2014.

Set in the same continuity as BTAS, Batman Beyond: The Return of the Joker reveals that Harley actually got a happy ending. At the end of the TV movie, two members of the Jokerz gang are bailed from jail by their grandmother ‘Nana Harley.’ With the Joker dead years ago, it seems Harley managed to move on and raise a family. Even if her granddaughters did follow in her footsteps!

Originally Warner Bros. planned to follow up 1998’s Batman & Robin with Batman Unchained (also called Batman Triumphant). It would have seen George Clooney’s Bats face Harley Quinn, who was here the daughter of Jack Nicholson’s Joker out for revenge for her father. Apparently the frontrunner for the role was Madonna.

Harley’s actual first live-action appearance was in the short-lived (and mostly forgotten) TV series Birds of Prey from the early 2000s. Uniquely, it featured Harley as the big bad – she was running Gotham’s underworld on her own after the disappearance of Joker (and Batman) sometime previously. She was played by Mia Sara.

Though The Batman TV show usually significantly revamped classic characters, this version of Harley was very close to the original BTAS version. She was voiced by Hyden Walch.

Conversely, the usually faithful Batman: The Brave and the Bold cartoon completely redesigned Harley. Here she for some reason dressed like a flapper from the 1920s. This take was voiced by Meghan Strange 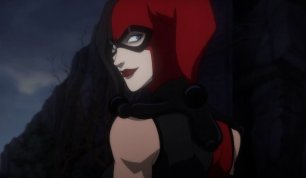 Hyden Walch reprised her role for the straight-to-DVD movie Batman: Assault on Arkham. Set in the universe of the Batman: Arkham video games, this Harley had ditched her puddin’ and was in a relationship with fellow Suicide Squad member Deadshot. Let’s just say the Joker was not best pleased with that. 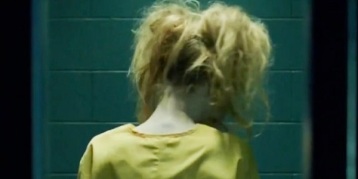 In Arrow’s second season episode Suicide Squad, a character credited as Deranged Squad Female is clearly meant to be Harley. The intention was to use her in a multi-episode arc but DC’s film division would not allow it. She is played by Carmen Elektra but voiced by Tara Strong.

Tara Strong is of course most familiar as Harley from the previously mentioned Batman: Arkham games. The above image comes from 2015’s Batman: Arkham Knight which introduced Harley’s new favourite weapon – a baseball bat. This was carried over onto Suicide Squad.

Speaking of which, Margot Robbie can currently be seen in cinemas as the very first cinematic iteration of Harley Quinn. Hopefully she will be playing the role for many years to come.