These are the original Cybermen to leave their home planet of Mondas in order to seek out their cousins on planet Earth and convert them into their race. Recognisable for their creepy cloth faces and human hands, these Cybermen retained vestiges of their human form which made them all the more eerie. They appeared in 1966’s ‘The Tenth Planet’, the final story of William Hartnell’s First Doctor.

Their return will mean a lot to fans – but probably even more to the Doctor himself, Peter Capaldi. Since taking over the role in 2013, Capaldi – a lifelong devotee of Doctor Who – has repeatedly said how he would love to face off against the original Cybermen. It’s nice that showrunner Steven Moffat finally gave him his wish, shortly before he leaves the show this Christmas. 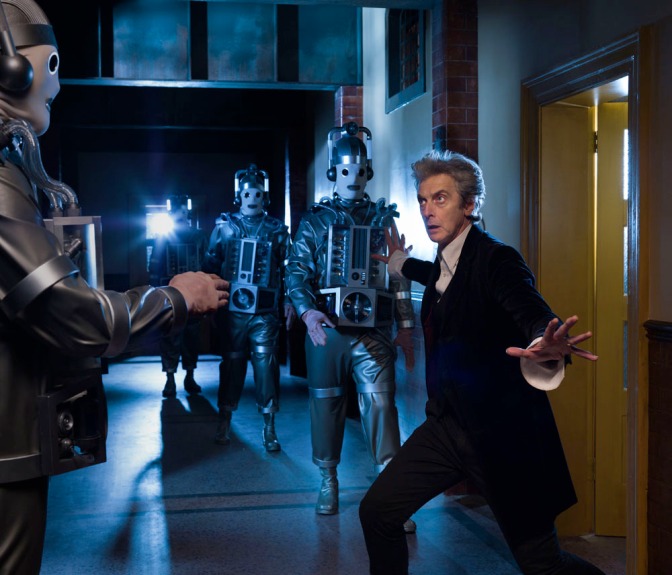 The 60s Cybermen will feature in episodes 11 and 12 of Series 10. These will also feature Michelle Gomez returning as Missy. Could another Master/Cybermen team-up be on the cards?

Doctor Who materializes back onto our screens on Saturday 15th April. Watch the latest trailer for it here: