Most fans can agree that, while it had its bright spots, season three of The Flash was just too downhearted and mopey for its own good. That’s something that the show’s writers have clearly realized over the summer as this premiere is very obviously engineered as a promise to viewers that things will lighten up again this season. While that is absolutely a good thing, the heavy-lifting that needs to be done to shift the show into that gear makes this a mixed episode.

First of all, for all its faults, season three ended on a killer cliffhanger, as Barry disappeared into the Speed Force – effectively dying and going to heaven. So you would expect a big deal about him having gone and the struggle to get him back. As it happens, Grant Gustin returns within just 15 minutes. To be fair to the show, Barry is not right in the head at first, allowing him to have a triumphant proper comeback at the episode’s end. But it still feels like an underwhelming wrap-up of what could have been a major story arc. 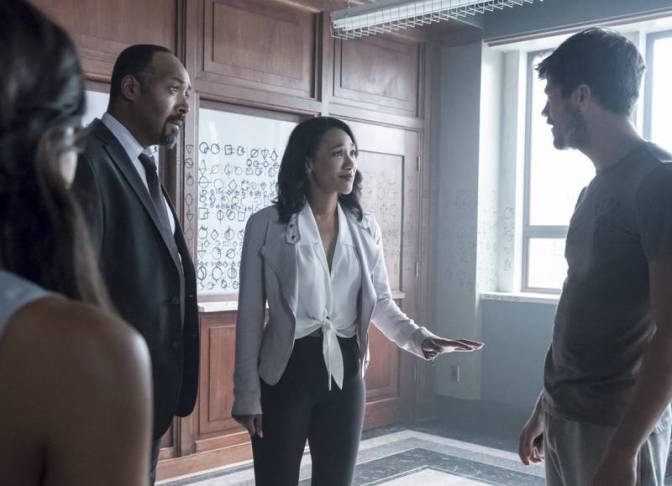 On the plus side, another tweak the writers have made this season that really works is Iris’ new role on Team Flash. In Barry’s absence, Iris has stepped up to become the group’s leader. It’s a welcome change for the character as it gives her a lot more agency and Candice Patton rises to the challenge well. I would have liked a little bit more exploration of the emotions she was bottling up inside about Barry’s loss, but this was still the best Iris episode in a long time.

There was also a big shift for STAR Labs’ other resident lady, Caitlin – unfortunately, I’m not sure it’s for the better. The season three finale teased that Caitlin’s personality had fused with her Killer Frost persona, creating an intriguing third identity. Unfortunately, this has now been thrown out and it looks like she is now just an icy version of the Hulk (“you won’t like me when I’m frosty”). I’m not sure why this was done as the struggle between the two sides of Caitlin was adequately explored last season.

Overall, I have to make clear that I did enjoy the experience of watching this episode, as it was great to return to Central City after several months. However, there was so much manufactured character positioning and hand-waving of plot points that it’s easy to pick apart in a critical sense. Now that this is out the way, though, things might be looking up for the show again. 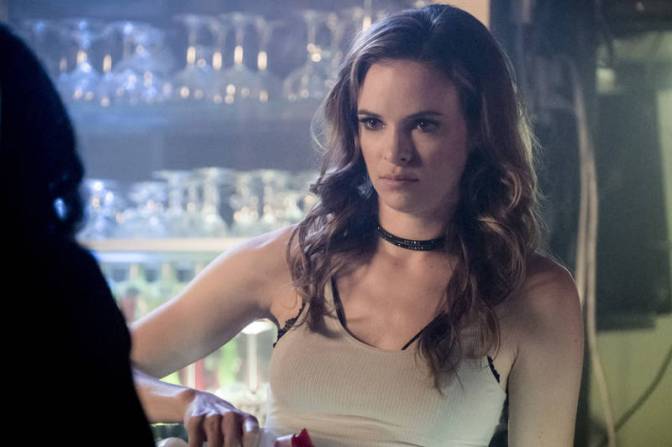 Next Week On The Flash: