The latest installment of the Cloverfield brand is unimaginative, lacklustre and frankly dull. Here’s our review…

10 years ago, the found-footage alien horror Cloverfield found itself a cult following, and since 2016 its been speculated that this was therefore a beginning to a franchise when 10 Cloverfield Lane was released that year. On Sunday, during the Superbowl, Netflix surprisingly released the third and latest installment to the streaming site without any prior trailers or confirmed release date, establishing a new and exciting way of releasing movies.

The Cloverfield Paradox follows a diverse group of scientists from around the world onboard a space station known as the Shepperd’s Particle Accelerator, in a near future were the world is being crippled by mass starvation, energy shortages and political instability, leading it to be on the brink of world war. Using the accelerator, the team seek out to discover a solution to the world’s energy crisis that they can then take back home with them.

However, apparently meddling with atoms causes tears in the fabric of spacetime, leading to the station and its crew members being zapped into an alternative version of reality. This damaging of galactic dimensions also allows for things to cross over into our protagonists’ reality, and in probably the highlight of the film we get an explanation and later confirmation of how the gigantic alien appeared in New York in 2008. This is also where the paradox comes in – the crew meddling with spacetime in the present causes events in the past to change. However, many critics have stated that these parts feel shoehorned in, as they are not necessary to the plot.

That plot itself is somewhat of an awful mess, relying heavily on overused science fiction tropes, some most recently seen in the last two films of the Alien franchise. A lot of the dealings the team has to deal with onboard the station once in their new reality are often nonsensical and illogical. Most rely upon shock factor and body horror, such as woman trapped amongst electrical wiring, whilst others are plain ridiculous, like the engineer’s arm being sucked off by one of the ship’s walls (yep, that really happens).

It’s also difficult to care about the outcome for these characters as they are bland and extremely one-dimensional, as well as conforming somewhat to cultural stereotypes. Of course, the Russian and the German are the ‘shady ones’, of course. Towards the later part of the film the crew members begin to die in random and unexplained gruesome deaths where the ship itself suddenly physically turns against them. When one of the new team members who appears in this new reality suddenly turns villainous and attempts to take each one of them out this seems rather strange and the character herself, Mina, lacks the conviction to be able to come across as a convincing threat. This act also reminds us of another wider issue. That for the majority of the film it has no real antagonist, only the major issue of the team being lost in Outer-space.

However, Gugu Mbatha-Raw is by far the standout player here as British scientist Ava Hamilton, and is able to demonstrate that with a couple of heartfelt emotional scenes, including discovering that her children in this alternative reality are still alive after her ‘real’ children perished in a fire, and later a distraught plea she messages to her alternate self, telling her to cherish her family and hold them tight. Another strong moment is towards the end of the film when Ava’s husband desperately pleas with authorities not to bring her and her remaining team members home as we see that the Earth has already been invaded by the trademark Cloverfield monsters. However, moments like these are few and far between throughout the movie, and its such a shame when the cast includes talent such as Chris O’Dowd and Daniel Bruhl.

The Cloverfield Paradox is ultimately a disappointing entry to the Cloverfield series and by far the weakest in the franchise. It is also still unclear just how the second film, 10 Cloverfield Lane, currently fits into this storyworld and its whereabouts on the timeline, though I’m sure you can already discover multiple theories about that. Still, little is also known about the fourth Cloverfield installment, a supernatural tale set in World War Two currently titled Overlord. All that can be said is that lets hope that that particular film, due for cinematic release in late 2018, can improve on its predecessor. 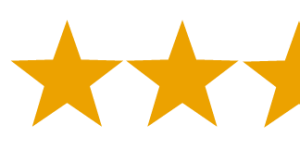 The Cloverfield Paradox is now available to stream on Netflix