The Space Kook! The Scooby-Doo villain so good it later inspired a Doctor Who monster. What could be freakier than a skeleton walking around in a spacesuit? Nothing that’s what. Houston, we have a g-g-ghost!

Like many of these villains, Mr. Hyde is probably so memorable because he features in the iconic opening sequence to Where Are You? Who could forget the crash-zoom into the bizarrely smiling face of this creepy ghoul?

Jeepers, it’s the Creeper! If you asked someone to draw a typical Scooby-Doo monster, they might come up with something close to the Creeper – from his green skin to zombie-like appearance, he’s the archetype for the franchise’s brand of child-friendly chills. 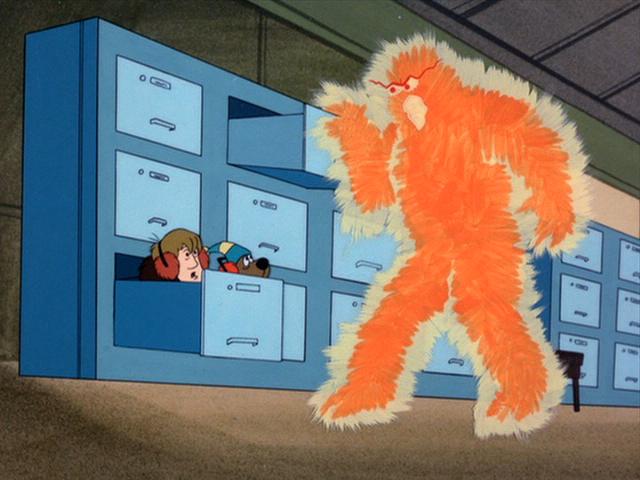 The Scooby-Doo Show featured a bunch of great villains for the gang to flee from, but probably the most memorable is the 10,000 Volt Ghost. The electric-themed elemental was a neat reimagining of a stereotypical Scooby foe.

Scooby fans can agree that Zombie Island is Mystery Inc’s scariest adventure. The franchise had done fake zombies before, but these guys that stalked Moonscar Island after dark were the bonafide thing. And the animation was surprisingly gruesome.