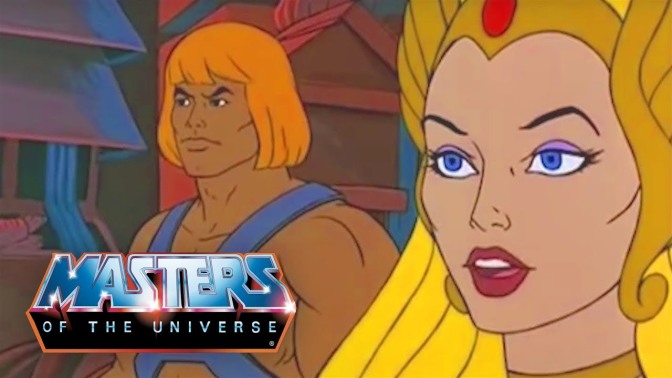 To help launch She-Ra, TV movie The Secret of the Sword was released which establishes Adora’s origins and how He-Man helps rescue her from the Horde and help her discover her destiny. In truth, the movie was actually the first five episodes of the spinoff packaged together, but it still has the honour of being the franchise’s first ever feature-length offering.

Later that same year, He-Man and She-Ra teamed up again for a festive crossover. Orko accidentally ends up transported to Earth where he encounters two children, Miguel and Alisa, and learns of Christmas. His friends transport him back, but he brings the kids with him and Christmas cheer spreads though Eternia. Horde Prime orders Hordak and Skeletor to capture Miguel and Alisa to nip this Christmas thing in the bud. Can Adam and Adora save them? Spoilers: yes, yes, they can.

Two years after the animation ended, Masters of the Universe got a live-action, cinematic adaptation. Dolph Lundgren stars as He-Man, who is accidentally transported to Earth and befriends two teenagers (in a plot that’s strangely reminiscent of A Christmas Special). While the hero tries to find a way back to Eternia, Skeletor (Frank Langella) becomes more powerful than ever. A young Courteney Cox also features. Though a flop at the time, this one is now considered a cult classic. 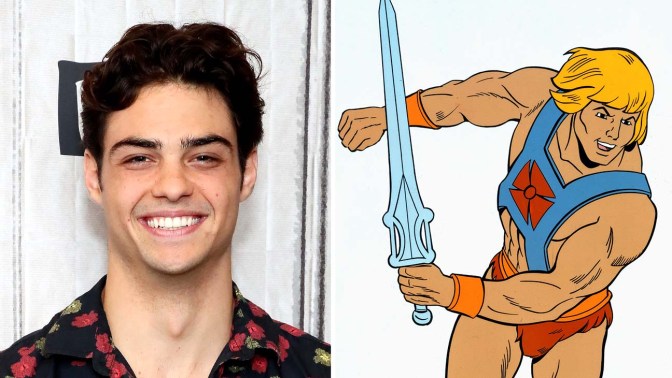 While we now can’t move for He-Man animated series, a live-action reboot movie has been in the works for the best part of a decade. Back in 2018, To All The Boys star Noah Centineo was hired to play He-Man, but in April 2021 it was confirmed that he has exited the role. Though Sony holds the movie rights to the brand, rumours say they may partner up with Netflix to finally make it happen.

View all posts by Alec Arcane