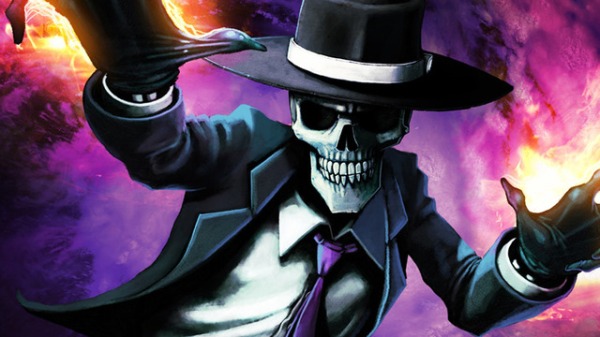 The Skulduggery Pleasant books take place in a world full of magic and supernatural creatures. The spell-less magic is more Ursula Le Guin than JK Rowling while the horror conventions are mocked rather than played straight, in the style of Buffy the Vampire Slayer. The main enemies are an ancient race of gods called the Faceless Ones – very much a homage to the Cthulu Mythos of HP Lovecraft. 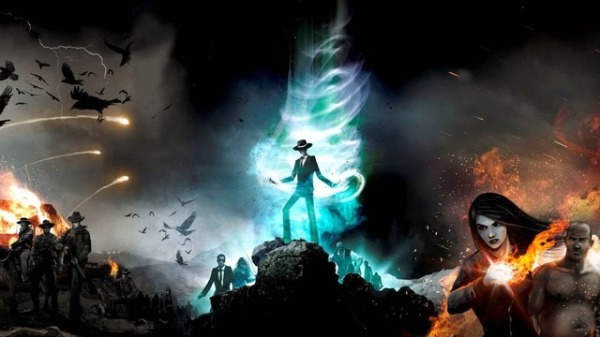 As mentioned above, the Skulduggery books tell their horror-filled tale with a hefty helping of humour. Derek Landy really is the Joss Whedon of YA literature, as everyone speaks in one-liners and sharp-witted quips in these stories. Here’s one great exchange:

“And what about magic?”
“What about it?”
“Will you teach me?”
“You don’t even know if you’re capable of doing magic.”
“How do I find out? Is there a test or something?”
“Yes, we cut off your head. If it grows back, you can do magic.”

However, that’s not to say that there isn’t any drama…

They Mature As They Go On 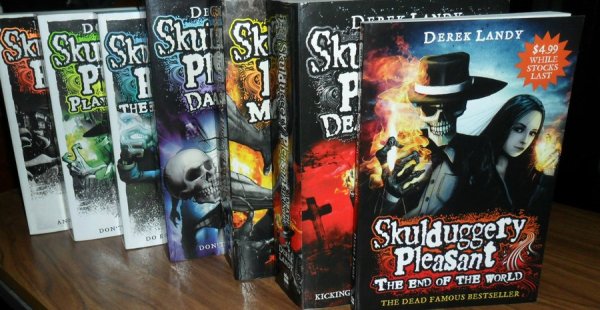 Another great thing about the series is that they mature as they go along. Across the ten novels, things get darker and more dramatic. This is tied into Valkyrie’s journey, as she sinks further into Skulduggery’s world. At first, she is swept away by the charismatic skeleton an d his world of magic – but are their friends right when they say that Skulduggery is just turning her into a soldier for his own private revenge mission?

The Supporting Characters (And Their Awesome Names) 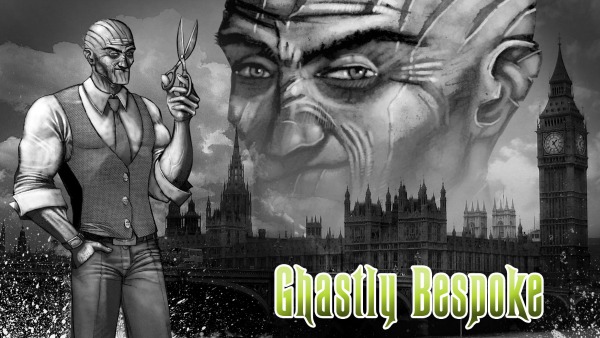 The Skulduggery Pleasant books are a treasure trove of brilliantly evocative names. These fantastical appellations are cleverly worked into the story, as in this world everyone has three names – your given name (which can be used to control you), your chosen name (which can’t) and your true name (which most people never find out). The supporting cast are also as awesome as their names suggest – there’s Tanith Low, Ghastly Bespoke, China Sorrows, Mr Bliss… And those are just the good guys. The bad guys are even better, including Nefarian Serpine, Baron Vengeous and Vaurien Scapegrace. 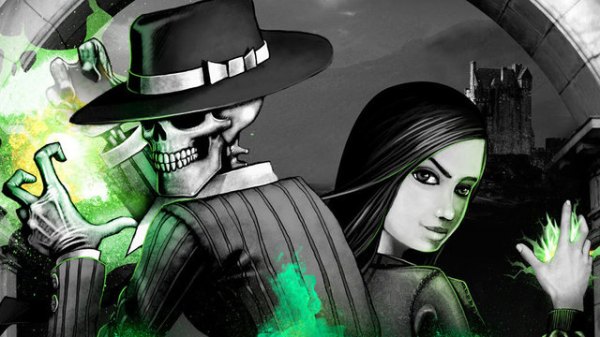 The stars of the series are, of course, Skulduggery Pleasant and his best friend Stephanie Edgely (chosen name: Valkyrie Cain). How can you not love a book series that stars a wisecracking skeleton who also happens to be a sorcerer and a detective! Somehow, Valkyrie manages to hold her own against Skulduggery. The books are her story and we see her grow from an ordinary teen to a capable sorceress in her own right.