Today is the birthday of cinema’s master of the macabre Tim Burton. To celebrate, let’s look at his best original characters…

Though he has made a name for himself for his distinctive gothic flavour, Tim Burton often likes to tackle pre-existing stories and give them his own twist – e.g. Batman, Alice in Wonderland or the upcoming Dumbo. He has created many original characters, though (particularly in the early part of his career). Here are the most memorable of the lot.

Probably only known to the director’s hardcore fans is that he once wrote a book of poems titled The Melancholy Death of Oyster Boy. Distinctly Burton-esque, it comes across as a weird blend of Dr Seuss and Edgar Allan Poe. Each piece focuses on a child with some surreal and unfortunate malady. For instance, the Pin-Cushion Queen or Roy the Toxic Boy.

The collection later became the inspiration for the online animated series Stain Boy, about a young superhero whose only power is the ability to leave a nasty stain on his clothes. 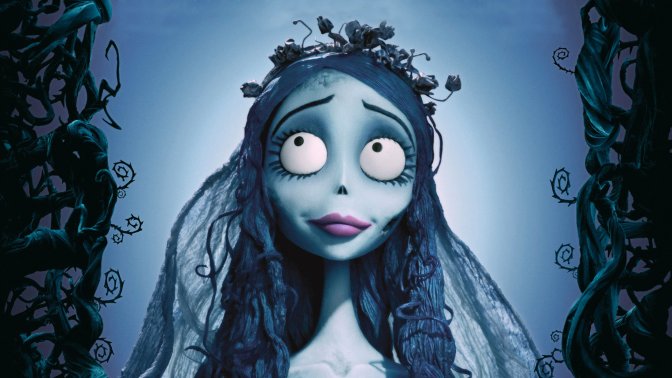 In my opinion, one of Burton’s most underrated movies is 2005’s Corpse Bride, which more than matches up to his previous stopmotion film – A Nightmare Before Christmas – in visual imagination. Naturally, the most memorable character is the titular rotting newlywed of the title.

Voiced by – who else? – Helena Bonham Carter, Emily was murdered by her evil fiance and haunts the forest waiting for another to take her hand in marriage. A creature of the afterlife she may be, but Emily is a tragic, quirky figure and the heart of the film.

Though the title character of Beetlejuice was not an original Tim Burton creation (rather the work of scriptwriter Michael McDowell), Burton’s style is all over the look of the character. A bio-exorcist, Beetlejuice is a poltergeist who the newly-dead Maitlands call to scare the living away out of their home.

Quick-talking, lascivious and with all the transformative powers of a cartoon character, Beetlejuice is a great comic creation and is played to zany perfection by Michael Keaton.  There’s even currently talk of a belated sequel, with Keaton, Ryder and Burton all interested in returning.

The most recognisable Tim Burton creation* is, of course, Nightmare’s Jack Skellington – whose skeletal face is still regularly plastered on merchandise all these years later. Apart from his – admittedly fantastic – character design, though, Jack is also a brilliantly weird hero for a kids’ Christmas movie. As king of Halloweentown, Jack is prone to fits of ennui as he searches for a new purpose in life – namely, the misguided attempt to turn himself into Santa Claus.

* Though Henry Selick was the actual director of Nightmare Before Christmas, the story and character designs were extrapolated from an unpublished children’s story by Burton. 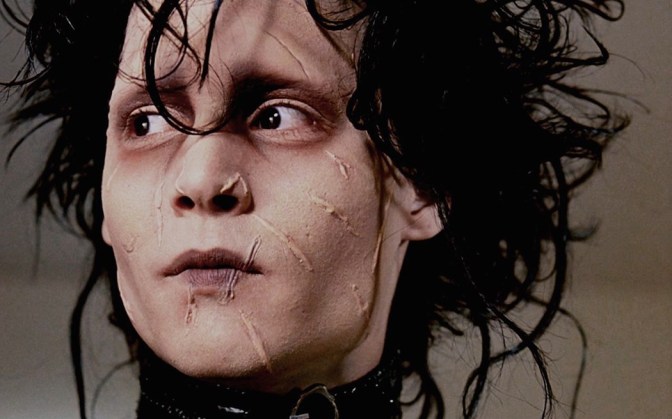 The best Tim Burton original creation, though, has to be Edward Scissorhands, as he so brilliantly sums up the director’s style and influences. A mixture of Frankenstein’s monster, Beauty’s Beast and Burton himself, the artificially-made Edward is not only cursed with having sharp knives for hands but also to be a kind soul in an often cruel world. Johnny Depp’s quiet, endearing performance is very different from the larger-than-life turns we know him for today.

Edward is a classic example of Burton making us care for someone usually deemed a monster – to prove that the outsiders and the odd of the world are not scary, just misunderstood.