If you are part of the Supergirl fandom, you can’t have failed to notice the dislike Mon-El is getting from some quarters – hey, maybe you are one of those haters. While I like Chris Wood’s performance and enjoy his chemistry with Melissa Benoist, even I have to agree that Mon-El’s dominance over the show is becoming a problem. Case in point: this episode.

First up, I should make clear that this is not a poor installment at all. The fact that Mon-El and Kara are torn apart by his meddling mother is much more engaging than yet another artificial emotional break-up between the pair and the fact that a bounty is placed on Kara’s head leads to some fun action sequences throughout. It’s just that this was yet another episode in which Mon-El’s arc was put first before Supergirl’s. The show seems to have forgotten that his role should be as the love interest, someone to support and aid Kara’s own journey. If you swap the genders, this would be like Iris continually nabbing the main plot on The Flash – it just wouldn’t happen. 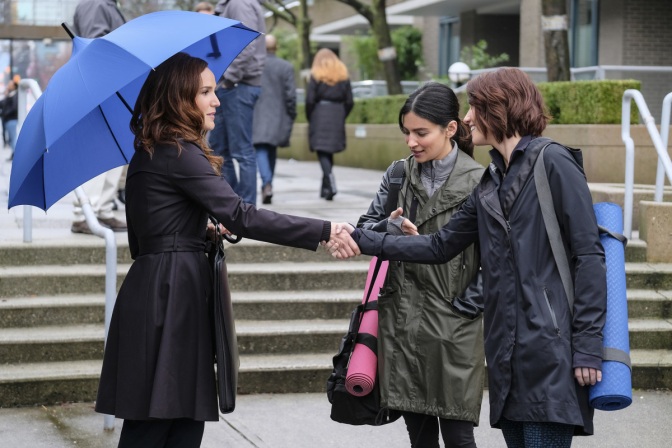 As it often is, the B-plot this week revolved around Alex and Maggie sorting out another kink in their relationship. This time, it saw Alex try to help Maggie reconnect with her ex-girlfriend only to uncover an uncomfortable secret. Chyler Leigh and Floriana Lima do their best with the material, as always, but it feels slightly unnatural for Alex to be so intent on patching up her girlfriend with her ex. It also hit me this week the extent to which Alex and Maggie’s story is so utterly disconnected from the rest of the show.

Again, this episode perhaps did not deserve me ragging on it so much but it perfectly encapsulated many of my ongoing issues with the show at the moment. We are now only five episodes from the end of the series, and Supergirl still doesn’t have the forward momentum of its fellow Arrowverse shows yet. The series is taking a month’s break after this episode, so let’s hope that it finds a new, stronger focus when it returns.

Next Time on Supergirl:

Supergirl is taking a month’s break and will return on Monday 24th April.