Yes, we probably shouldn’t have had an episode so disconnected from the main narrative this late in the day but, hey, I couldn’t care less because this was a lot of fun.

It was just a joy to see Grant Gustin allowed to have some fun again. As ‘Duet’ – the Supergirl/The Flash musical crossover – showed, The Flash is far more enjoyable when Barry gets back to his old lighter-hearted self. Gustin’s mix of optimism and heroism is why we first fell for his Barry Allen back in season one, after all. I’m with Iris on this one – if Barry didn’t get his memories back and was this fun to watch all the time, I wouldn’t mind.

Speaking of Iris, this was her best episode for months as well. The ‘Savitar Kills Iris’ plotline could have given her more to do but actually it has just diminished her role even more. Not here, though, as her heartfelt reaction to seeing Barry smile again and wanting to protect him from his dark past was really well done. Candice Patton did a fantastic job.

Elsewhere, we finally got our explanation about Savitar – and it’s a bit of a mixed bag. I liked the inclusion of the Grandfather Paradox – he did say “I created myself” earlier in the season – but the part about him being a Time Remnant from the future was unnecessarily complex, I felt. It would have been a neater reveal to have Savitar be the Time Remnant that helped defeat Zoom in season two’s finale. Though it appeared to die, it could have actually got trapped in the Speed Force. 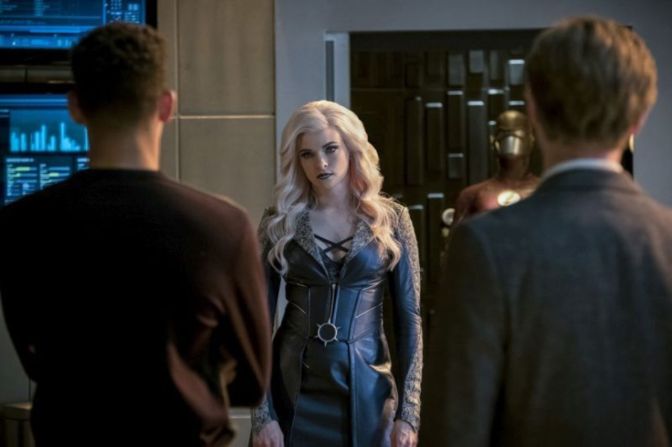 That explanation would also rule out the need for Tracy Brand, the new, extraneous member of Team Flash. As I said last week, I have nothing against Anne Dudek’s quirky performance, or her quite likeable budding romance with H.R., but it’s difficult to get invested in her character when she has come out of nowhere so late in the season.

There was also some solid stuff with Killer Frost this week, as she was forced to work with STAR Labs in order to get Savitar’s memory back. That flash of Caitlin taking control again was an intriguing one – will Dr Snow return by the end of the season or will her icy alter ego survive until next year?

Overall, this wasn’t perfect, but the sense of fun about ‘Cause and Effect’ makes it one of my preferred episodes of the year. Let’s hope the showmakers learn from this one’s success and use it as a blueprint for the tone of the show next season.