The greatest female superhero in the world has finally got her own solo movie. And it’s a total triumph. Here’s our spoiler-free review…

With three highly controversial movies under its belt, the still-growing DC Extended Universe really needed a cast-iron hit. A movie that could entertain fans and critics of all kinds with a strong story, fully-developed characters and lots of heart. Well, at last the DCEU has found one in Wonder Woman. It’s exactly the sort of film the franchise needed to move forward.

But enough about how it fits in with the wider picture, the real strength of Wonder Woman is how it cuts out the arguably heavy-handed links to the wider universe featured in Batman v Superman and Suicide Squad and focuses on telling a standalone narrative. Specifically, a good old-fashioned origin story which takes Diana of Themyscira on a fish-out-water trip to the world of man during World War One.

It is the mix of these elements and the confident handling of them that makes the movie work. There is an epic, mythical side to the movie when it deals with the Amazon origins, a charming, funny side with Diana’s efforts to fit in with western civilisation and finally a darkness as she explores the horrors of the war. Director Patty Jenkins has to be commended here for her strong hold on the material. Likewise, Wonder Woman is gorgeous to look at, with a fantastic contrast between Diana’s island paradise home and the bleakness of the western front. 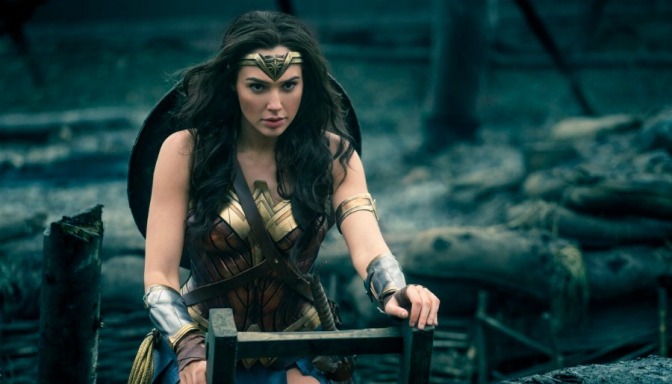 The story would fall apart, though, if it didn’t have two exceptional lead performances. Chris Pine gives one of his best turns as roguish spy Steve Trevor, a very charismatic character who enjoys a surprisingly great chemistry with Gal Gadot’s Diana. Speaking of which, there is only one star of this movie. Full of grit and grace and charm and compassion, Gal Gadot is 100% Wonder Woman and the character she portrays is a perfect translation of the heroine from the past 75 years of comic books.

There are drawbacks, of course, however. The male and female leads might be fantastic but the movie’s supporting cast is sadly on the weak side. In particular, the film lacks a truly compelling villain. It also falls into the all too common trap of thinking we want a CGI-heavy, punch-happy third act. This is a big shame as the rest of the film is much more intelligent than the average comic book movie. There are some strong, and very timely, themes of the importance of peace in the face of war.

Like a winning blend of Richard Donner’s Superman, Captain America: The First Avenger and one of those modern Disney movies (e.g. Moana), Wonder Woman is a true breath of fresh air. Whatever you think of the previous DCEU movies, it definitely brings a sense of optimism and, well, wonder that had been missing from the franchise. At last, Wonder Woman is rightfully rubbing shoulders with Batman and Superman on the big screen. The world has been waiting for her.

P.S. Along with Logan and Guardians of the Galaxy Vol. 2, this makes three fantastic, and totally distinct, superhero movies to come from 2017 so far. Let’s hope Spider-Man: Homecoming can make it four for four.