Synopsis: Clark Kent has finally accepted his destiny as the world’s protector – but his father Jor-El has lost faith in him. A darkness greater than any he has ever faced has come to Earth and Clark must quell the doubts and fears inside of him to become pure of spirit. Someone worthy of wearing red and blue…

Season ten kicks off in style with a terrific episode that is packed with cameos, callbacks and new revelations. Thrilling, exciting and emotional. Only flaw is where it positions a few characters at the end. 9.5/10

A fairly lacking plot – including the hugely annoying Cat Grant – is bolstered by some strong thematic stuff about fate and destiny, particularly of the romantic kind. And did someone say the word “Superman”? 8/10

Kara returns in a great episode which explains the threat of Darkseid. Reimagining the character as a force of pure evil is a terrific idea. Meanwhile, Oliver makes a massive decision. 8.5/10

Smallville does A Christmas Carol as Brainiac 5 takes Clark on a journey through past, present and future and makes him understand what he needs to do to reach his true destiny. Thrills, nostalgia, foreshadowing, romance, emotion – ‘Homecoming’ has it all. This is my favourite Smallville episode of all time. 10/10

The ‘Egyptian Goddess Isis possesses Lois’ plot is fairly standard but the themes of what we do for love and THAT spellbinding ending make this a hugely significant episode. 8.5/10

Lois and Clark stumble into a creepy Amish-type village in an episode which explores Lois’ role as a (non) damsel in distress. Clois are at their peak of adorableness in this one. 8.5/10 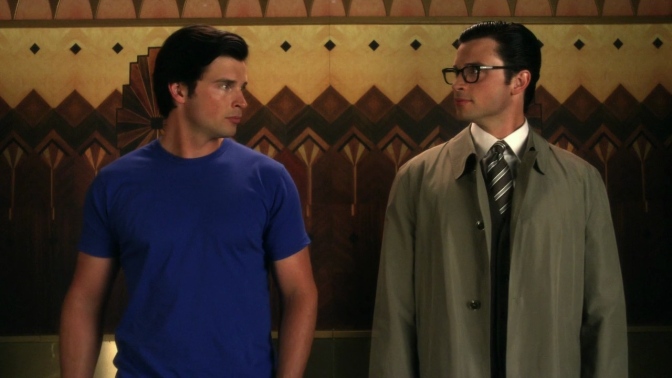