Is this a post about birds? Or an article on planes? No, it’s a gallery of Superman over the decades… 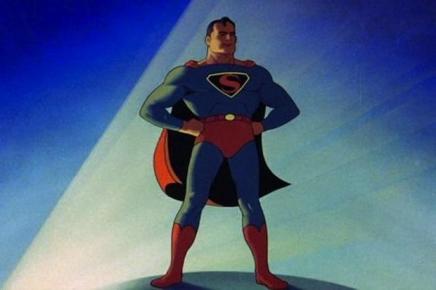 Superman [Fleischer and Famous Animation] (1941-1943): The very first Superman screen adaptation was this revered series of wartime cartoons. Voice actor Bud Collyer is perhaps the most prolific Supes actor ever, as he also played the role on the radio from 1940 to 1951 and reprised the part for an animated series in the 1960s.

Superman (1948) and Superman Vs Atom Man (1950): The first live-action take on the character, though, were these two movie serials, in which the hero was played by Kirk Alyn. Alyn was a dancer and broadway performer and so was deemed a natural fit for Superman’s athleticism.

The George Reeves Years: The only actor to play Superman on film and TV. Reeve was such a hit in 1951’s Superman And The Mole Men that he landed the lead in The Adventures of Superman show which ran from 1952-1958. Funnily enough, Batman actor Ben Affleck played Reeves in 2006’s Hollywoodland.

The Christopher Reeve Years: Here he is, the one all subsequent Supermen have been measured up against. From 1978 to 1987, Reeve appeared in four Superman movies (of varying quality, it must be said) and made his mark on the Man of Steel forever.

Lois and Clark: The New Adventures of Superman (1993-1997): This nineties TV show eschewed most of the superhero action to focus on the romance between Dean Cain’s Clark and Teri Hatcher as Lois. Cain has also appeared in other related Superman shows like Smallville (along with Christopher Reeve) and Supergirl.

DC Animated Universe (1996 – ): After the success of Batman: The Animated Series, there came a new Superman animated series, starring Tim Daly’s tones. George Newbern took over for the team-up show Justice League. The pair have been alternating the role in straight-to-DVD movies ever since. 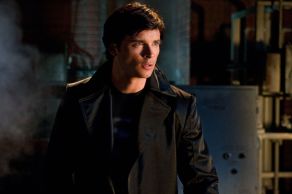 Smallville (2001-2011): The longest-running live-action take on the character is Smallville, in which Tom Welling played Clark before he becomes Superman. As such, he is never referred to by his famous moniker in the show and never dons the suit. Welling’s charisma makes up for that, though.

Superman Returns (2006): After nearly twenty years, Superman returned to the big screen in X-Men director Bryan Singer’s half-sequel, half-remake. It featured Brandon Routh’s only appearance as Supes, though he would later play Ray Palmer/The Atom in the Arrowverse. 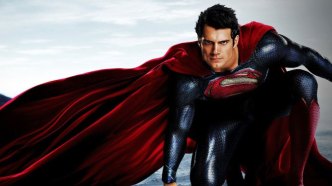 DC Extended Universe (2013 – ): British actor Henry Cavill debuted as a darker, grittier take on the Man of Steel in, um, Man of Steel, before returning in this year’s Batman V Superman: Dawn of Justice. His Supes will also be a major presence in the upcoming Justice League movies.

Supergirl (2015 – ): In the first season of Supergirl, Superman was an unseen presence, but it has been announced he will make his long-awaited appearance on the show’s second season. He will be played by Tyler Hoechlin, of Teen Wolf and Road To Perdition fame.

Who’s your favourite Superman? Leave your thoughts in the comments!

3 thoughts on “Superman Through The Years”