We run through Superman prequel Smallville‘s second season, which is a definite step up from season one…

The One Where: With Whitney out the picture, Clark and the girl next door Lana grow closer – which puts a strain on his friendship with school girl reporter Chloe. Meanwhile, life in Smallville grows even stranger. But will Clark ever find out his true origins story?

A great episode which deals with the fallout of season one’s finale and pushes things forward, most interestingly Lex’s first taking of a life and his father’s newfound infirmity. 8.5/10

Peter finally gets a proper role as Clark tells him the truth in an entertaining episode which makes a pretty seismic shift in the status quo. Plus, Lex and Lionel stuff is always good. 8/10

Clark goes bad after being affected by a red meteor rock in a terrific episode. Sure, it’s similar to ‘Nicodemus’ but the novelty of seeing the big blue boy scout go off the rails makes up for that. 9/10

The main plot, about a Jesse Eisenberg lookalike with a Jekyll and Hyde complex, is derivative of previous episodes, but Martha working for Lionel is a very interesting new development 7/10

It’s all about the troubled pasts of the Kent and Lang families this week, with a side dish of a girl who can age people to death. Clark’s grandfather turning up should have had more impact 7/10 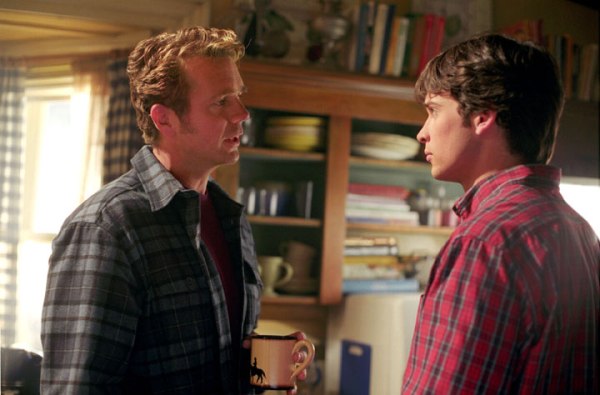