As enjoyably breezy and optimistic as the ethos was, it has to be said that Supergirl‘s first season suffered from a distinct variance in tone. With the move to The CW – the network that airs Arrow, The Flash and Legends of Tomorrow – it was hoped that it would feel like a stronger part of that world and settle down in quality. Going by ‘The Adventures of Supergirl’, the change has certainly had an effect for the better, though there are still niggles to be had.

Let’s get the kryptonian in the room out of the way first. Yes, after a season of silhouettes and random instant messenger conventions, Superman is here! And thankfully Tyler Hoechlin is a bit of perfect casting. From the off, he has the charm of the character nailed – suitably clumsy as Clark Kent but all easy-going smiles in costume. It really is a relief to have a Superman who is not afraid to crack a joke or laugh again, after Henry Cavill’s dour interpretation in the films. Thankfully, he is sticking around for now as I can’t wait to see more of him. 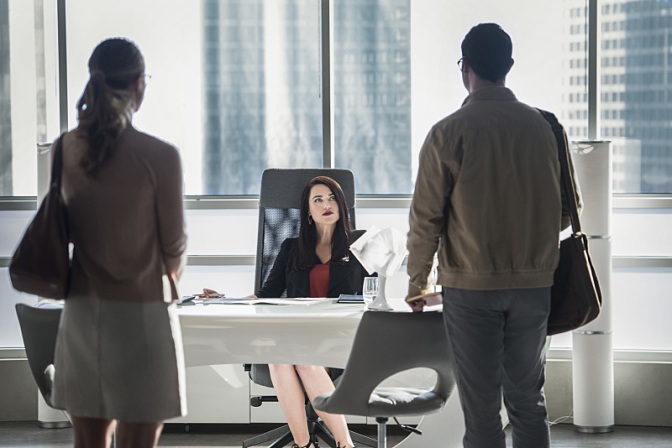 That said, not every aspect of the episode is so successful. The revelation that Kara no longer has romantic feelings for Jimmy comes so out of left-field that it doesn’t feel believable for the character and more like just a mandated change. Perhaps it would have worked better after a couple of episodes build-up? Plus, the sweeping under the carpet of the mysterious pod storyline – to be picked up in a future episode – really feels like the writers regretting that they ended the last season on that cliffhanger.

Still, the amazing lift that Superman’s presence gives the show more than makes up for those trifling issues. Let’s hope it can keep up this new energy, with or without the Man of Steel.