Unfortunately, the first attempt to bring Wonder Woman to the screen was this hideously dated comedy. Titled Who’s Afraid of Diana Prince?, it presented the character as a dowdy woman (Ellie Wood Walker) berated by her mother for not finding herself a man. When she becomes Wonder Woman (Linda Harrison), however, she… stands around in front of the mirror all day. From the makers of the Batman TV show, only a pilot was made. Thankfully. 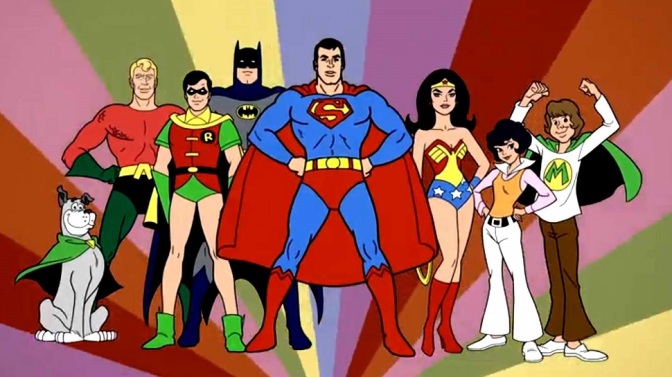 The most enduring portrayal of Wonder Woman to date is the beloved – and hugely long-running – Super Friends cartoon series. Famously, the show tried to make the Justice League more kid-friendly by renaming them and giving them new sidekicks – ordinary kids Wendy and Marvin and the Scooby Doo-like Wonder Dog. Wonder Woman was played by Shannon Farnon, Connie Caulfield and B.J. Ward over the years.

The first live-action Wonder Woman that made it to the airwaves was this very different TV movie. More inspired by spy fiction than comic books, Diana Prince (Cathy Lee Crosby) was a secret agent with an array of hi-tech gadgets. The character is also almost unrecognizable in a very different costume (and blonde hair). The movie got enough interest to warrant a TV series. But not without a few changes…