Is it a review? Is it a list? No, it’s our retrospective on Smallville‘s seventh season…

Synopsis: In the wake of his battle with Bizarro, Clark is reunited with his long-lost cousin, Kara, and tries one last time to rekindle his romance with Lana. Meanwhile, Chloe comes to terms with being a meteor freak and Lois Lane becomes a star reporter at the Daily Planet – who’d have thunk it? And, in the shadows, Lex Luthor is giving in to the darkness…

As always, Smallville opens the season with a bang. Bizarro is a strong threat – basically Red K Clark gone solo – and every character is moved into an interesting position on the board. 9/10

Supergirl arrives in Smallville! Laura Vandervoort makes an interesting addition to the cast as Clark’s Kryptonian cousin Kara. Meanwhile, Lois finally gets a job at the Daily Planet. 8.5/10

Aaand we’re back to the meteor freaks – this time some weather-warping beauty pageant girls. This one is saved by the family bonding of Clark and Kara and Lex’s change of heart. 8/10

A Warrior Angel movie is being made on the Kent farm – which brings Clark unwanted attention. Meanwhile, Lionel plays Misery. Some great moments, though a bit heavy-handed overall. 8/10

I’m a sucker for when Clark explores his Kryptonian origins so I enjoyed this flashback-heavy episode which introduces his birth mother, Lara-El (former Supergirl star Helen Slater). 8.5/10 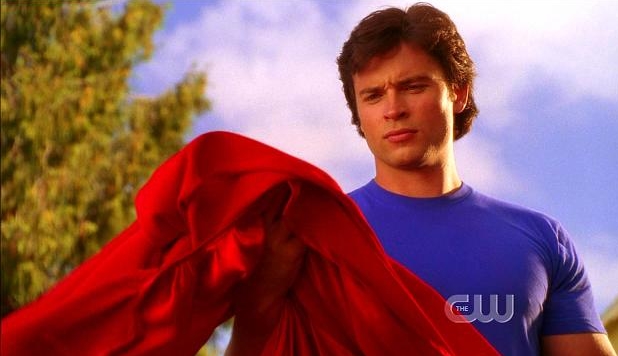