Synopsis: Clark Kent is now more committed to fulfilling his destiny than ever. He is undergoing his training with Jor-El and is even wearing the House of El’s symbol while out crime-fighting. But something is still pulling him back to his old life: his intense, growing feelings for Lois. Meanwhile, he might be about to face his greatest challenge yet, as Major Zod and his Kryptonian army have arrived on Earth…

I’m not so sure about this new Major Zod, Tess is still boring and Lois and Clark are kept apart too much but this is more than made up for by CLARK FINALLY WEARING THE ‘S’ SHIELD!
8.5/10

Thankfully John Corben isn’t Lois’ new love interest but a surprisingly sympathetic villain-of-the-week. While Batman-Clark is fun, thankfully he has decided to jump back into the world. 8.5/10

Smallville does 28 Days Later. The zombie stuff is a little hokey but there are some good set pieces and a few lovely Lois and Clark scenes. How aren’t those two together by now? 8.5/10

Clark temporarily gains the ability to read minds – which leads to him finally asking Lois out on a date. On the other hand, drunken, depressed Oliver is really starting to bore me. 8.5/10

An Oliver-centric episode is never going to be my favourite but at least it put him back in green. It also seemed to reaffirm Olly and Lois as close friends and was that a spark between Olly and Chloe? 8/10

The Tess and Zod stuff is still leaving me cold but this one managed to fit in two DC characters – Speedy and Cat Grant – and all the Clark and Lois stuff was fun. They finally kiss! 8.5/10 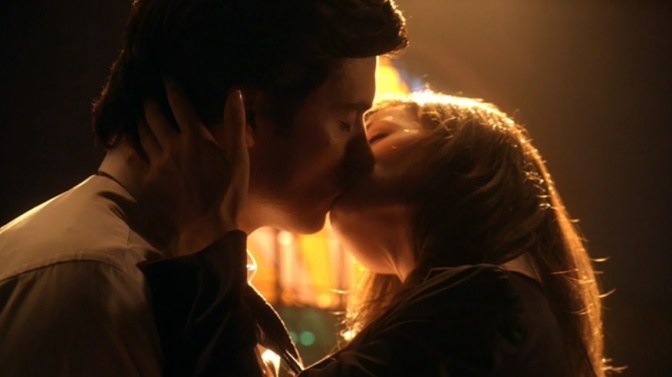