Superman’s rogues gallery never gets the same kind of applause that, say, Batman’s does, which is a great shame as the character has faced some terrific villains over the years. At least, ‘Revenge’, the latest arc in Dan Jurgens’ Action Comics, is on hand to showcase a few of them.

As revealed at the end of the previous issue, Cyborg Superman is the one responsible for bringing together this new Superman Revenge Squad, consisting of Metallo, Blanque and Eradicator. This issue, the team also recruit Mongul and hunt for a handy macguffin known as the Oblivion Stone in the wreckage of Superman’s second Fortress in the Himalayas.

The volatile dynamic between the villains is the main thrust of this issue, as Mongul resents being treated as a lackey by Hank Henshaw and is just generally irritated by the others. There is a fun bit of misdirection with the opening and the introduction of the Oblivion Stone is an intriguing new addition. Though every other Superman comic lately seems to feature a spot of reality warping.

As such, the focus is mainly on the villains to lead the narrative this time around, though we do spend some time with Superman as he finally cottons on to the dark alliance out to get him. Elsewhere, we find Clark and Lois checking out apartments for their move back to Metropolis! The Smallville-esque setting of Hamilton County has been fun, but it will be good to set things back to how they should be and have the Kents back in the big city. 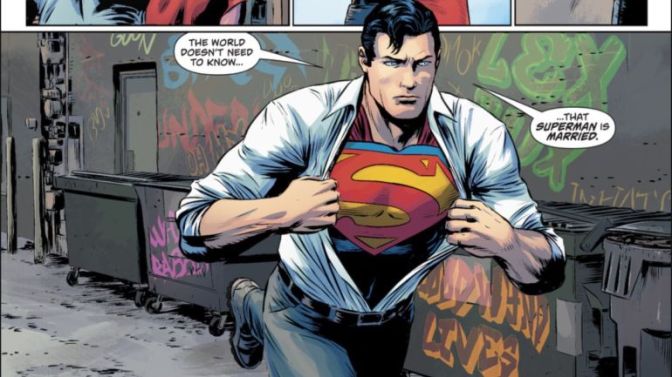 It’s also low-key moments like this one that are the reason I am loving the current iteration of Superman comics: the balancing act Clark must perform between being a husband and father and the world’s greatest superhero is at the heart of these stories. It’s a great update of the usual status quo as it moves the character forward but still feels perfect in keeping with who he is.

Patch Zilcher is a terrific choice of artist for this comic, as his heavily-lined, finely-detailed style fits the darker, more mature tone of the threat Superman will soon be facing. There are some great character reveals hidden in this issue which Zilcher excels at. I can’t wait to see the great visuals that should come out when the Revenge Squad finally squares off against the Man of Steel. But, as the cliffhanger teases, not before they have recruited one more member – perhaps the most dangerous of all of them… General Zod! (Highlight for spoiler)